Being Ready for Bats

Though the month of October is designated Bat Appreciation Month, it is actually the early part of the year which is more notable for bats. Bats arouse from hibernation during March and usually arrive at their summer roosts in April.  At this time, pregnant females seek out shelter in roosts, rock crevices, tree cavities, and tree foliage in which to rear their pups. 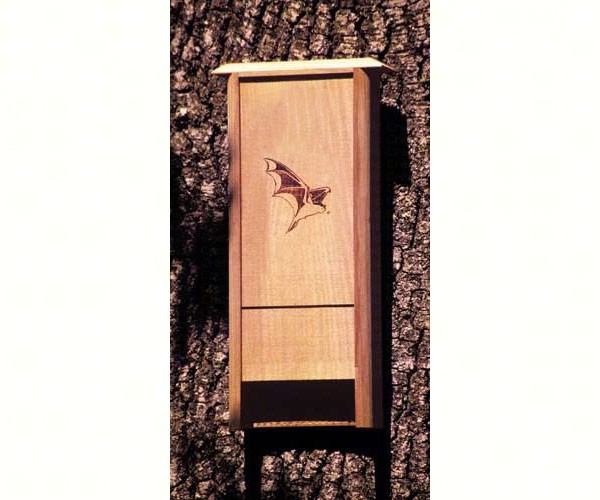 With the recent awareness of the risks of diseases that are carried by mosquitoes like the Zika virus, many have begun to seek natural solutions for preventing mosquitoes.  The solution could cause you to go “batty!”  Did you realize one bat can consume about 2,000 to 6,000 insects every night?  While Purple Martins get most of the press as mosquito eaters, the truth is bats are much better as they patrol the air at night when mosquitoes are out.

Putting up a bat house in the spring helps establish a bat colony on your property, sometimes as soon as that season, though it is not unusual to take several months or even a year to establish a colony.  Bats are a great solution to battling mosquitoes and Schrodt Designs offers two, great bat houses to choose from.

Check out the Bat Bungalow or the Colony Bat House.  Both are handcrafted from redwood and made right here in the USA.  The Bat Bungalow is a single-chambered house, designed for small groups of males who prefer their own “bat-chelor” pad and can accommodate up to 20 bats.  The Colony Bat House is a triple-chambered nursery, capable of accommodating dozens of mature bats and their offspring with an occupancy of up to 60 bats.

Bat houses can be installed at any time of the year, but they are more likely to be used during their first summer if installed before the bats return in spring.